In the metal fabrication industry, metal bending is one of the most common metal forming processes. Metal bending, also known as press braking, flanging, and folding, is used to deform a metallic workpiece into an angular shape by use of extreme force. In order for the deformation to take place, the force exerted onto the workpiece must exceed the piece’s strength.

With metal bending, there are quite a few different methods a fabricator could take. In addition, there are various materials other than steel in which a fabricator can transform with a press brake. These materials can range from plastic to wood and iron to alloys, for example.

To get started, let’s break down a few of the more common metal bending methods and the advantages they offer.

V-bending is the most common form of metal bending with a punch and V-shaped die. There are three subgroups to V-bending: air bending, coining, and bottoming, with air bending and bottoming taking up 90% of all bending jobs. The V-bending process takes place when a V-shaped punch forces the work into the V-shaped die, ultimately bending it. 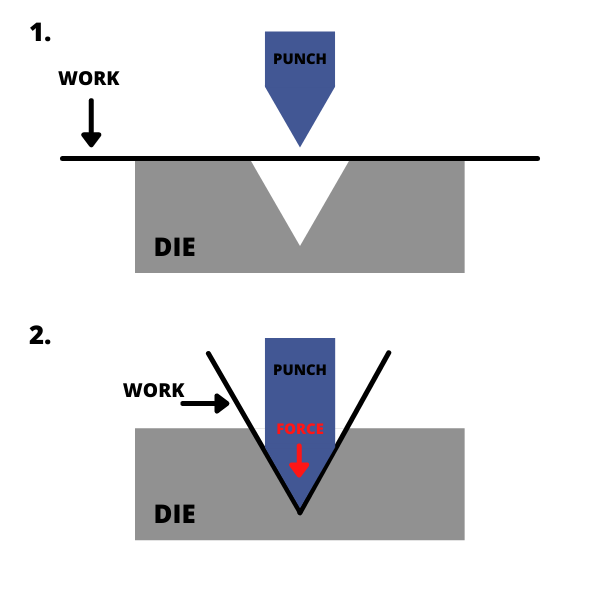 Air bending is a subgroup of V-bending that does not require a sided die. The term air bending, also known as partial bending, is when a metallic workpiece is reshaped without actually touching the die cavity. The workpiece is, instead, rested on two points and the punch pushes down on the bend. If a fabricator makes the decision to use air bending, they will be offered much more flexibility, but less accuracy than coining or bottoming. 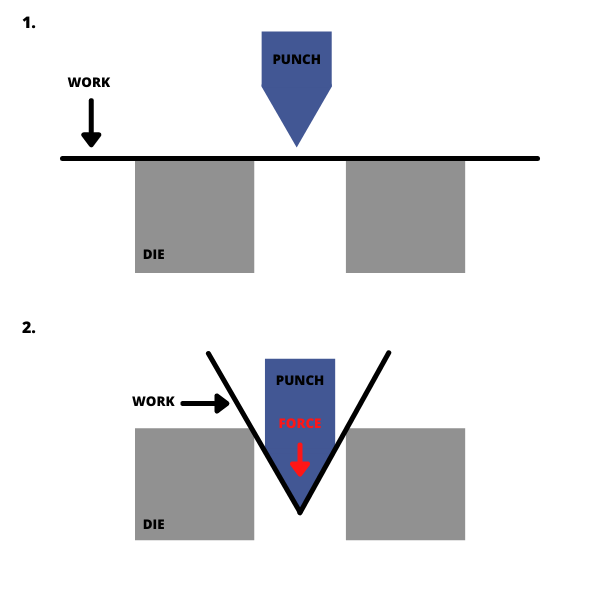 One of the advantages that comes with opting for air bending is that it allows the bending of thicker materials and varies the depth of the punch stroke in order to successfully bend at different angles. With this kind of flexibility and adaptability, the fabricator can invest less on tooling and won’t need to change their tools as often. In addition, since air bending does not require as much tonnage, this means that there will be less wear and tear on your machines, ultimately making them last much longer.

Unfortunately, air bending does have its disadvantages as well. While this method offers more flexibility with forming different angles, the bending angle can be heavily influenced by the sheet metal’s spring-back. Spring-back is when the metal relaxes after bending. Depending on the type of metal, the spring-back can also vary and cause the metal to bend at angles that were not initially intended or desired. In order to counteract the spring-back, it’s often suggested that sheet metals with constant thickness and resistance be used. 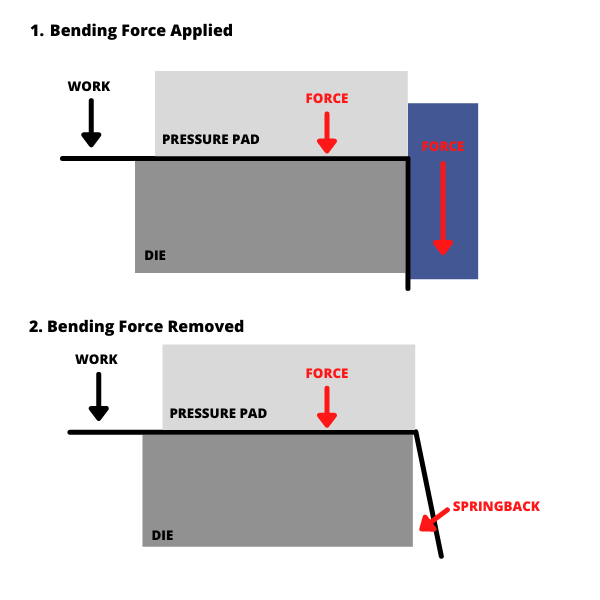 Prior to modern machinery, coining used to be the preferred method of metal bending as it once offered the most accuracy. The term coining comes from actual metal currency coins because coins need to be made identical to one another in order to keep them distinguishable enough to spot counterfeit coins. However, with modern technology and equipment, it is now not as commonly used. 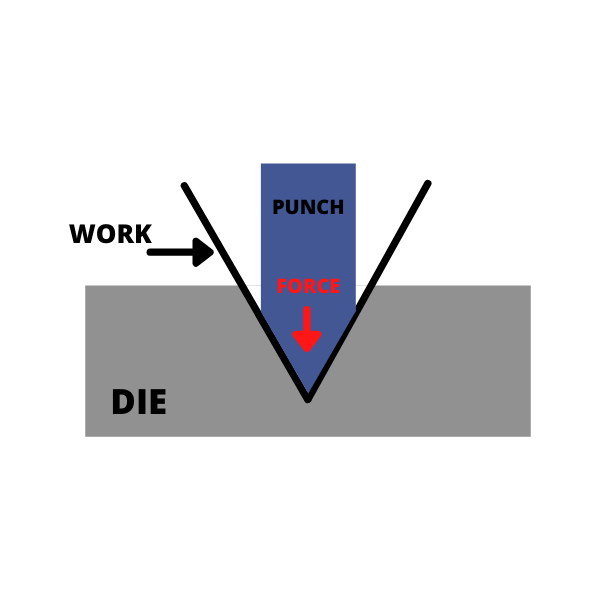 While coining seems to be a more accurate method, due to the extreme amount of tonnage needed to deform the workpiece, it requires four to five times more high bending force than air bending. In addition, it requires more tools for each angle and shape. For some fabricators, this isn’t an issue. It’s all up to preference and what the project is!

The last form of V-bending is bottoming, also known as bottom pressing or bottom striking. Bottoming is when the punch pushes the workpiece onto the die surface, ultimately deforming the piece. What makes this method different from the others is that the inner radius of the angled sheet is completely dependent on the die’s radius. 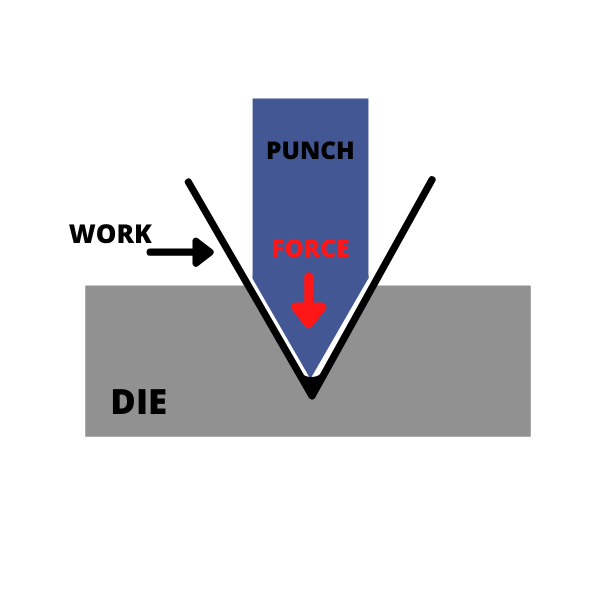 As the inner line becomes more compressed and deformed, the more force is needed to fully deform it. Fortunately, the final bend angle is preset based on the die’s radius, making the exertion possible. In addition, the more force that is used, the chances of experiencing spring-back decreases. Unfortunately, like coining, bottoming requires a different tool set for each bend angle, sheet thickness, and material.

At MFI, we use a 225-ton press brake for all of our metal bending needs. This powerhouse of a machine is capable of bending sheet metal up to 12 feet long and 3/4” thick, making it easy to craft large and small projects. With a team that is committed to delivering high quality projects and decades’ worth of experience in the fabricator industry, we hope you think of us for all of your metal fabrication needs.

To get a better look at our metal forming and bending capabilities, check out our video below.